The Gift of Memoir: Show Up, Open Up, Write
34 Comments

Posted by Diane Taylor on January 4, 2017 in memoir, Oceans 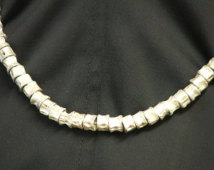 A young shark took the bait that was left overnight on a fishing line at the end of the dock on Pine Cay—bait that was intended for snapper, or grouper or other delectable dinner fish. When Raymond found it on his slow-gaited inspection walk around the dive shop just after sunrise, it was dead. Sharks need to keep moving in order to breathe, and this one, unfortunately, had been kept virtually immobile by the hook on a short line.

Raymond hauled the creature in, all six feet and hundred pounds of it. His parents, with survival skills that dated back to the late 1800s when their grandparents were brought here, the Turks and Caicos Islands, from Africa, would have filleted it, made shark steak, or hash, from it and dried the rest. But at nineteen, tall lanky Raymond had had enough shark meat to last him a lifetime. Moving quietly in his speedo bathing suit and flip-flops, he loaded the recently dead animal onto a wheelbarrow and brought it to me.

I had a working compost pile. It was in a big box that Raymond had nailed together from two old doors on either side, plywood cut to fit at both ends, a piece of wood on the top, bare ground underneath. The box was about six feet long, three feet high and three feet wide. I had filled it to the top with seaweed, leaves, donkey doo, lobster shells and refuse from many dinners from the small hotel on the island. Hot stuff! Literally. When you dug in with your fingers, it was almost too hot to leave them there.

“I knew you’d want dis,” he said in the soft island way.

We scooped the top layer of rotting debris off onto the ground, then reached for the shark.

Indeed it did. Then we put back the layer we had removed, and put the lid back on. Coffin-like.

Two days later, I went back to check on our animal. As I lifted the lid and peered in, the strong scent of ammonia stung my sinuses. Hm-m. Nothing looked any different. I pulled aside the top layer of compost materials. There lay our friend. When I touched the grey skin, it was warm, and pulled back easily to reveal white cooked flesh. I took a pinch to taste. Although the nitrogen odour was unpleasant, the flesh was flaky, mild, and slightly sweet. I ran home, grabbed a knife and plate, ran back, and cut away enough for our dinner, hoping the smell would dissipate by then. It did, and with sweet potatoes and white wine, we didn’t just eat dinner, we dined.

Another two days later, I dug into the top layer and found … nothing. It was gone! Totally decomposed, transformed into other elements. The scent of ammonia was still there – sign of the nitrogen that would make rich compost. This was amazing. So fast! The temperature of the air, of course, was a helpful factor, 85 during the day, 75 at night. I dug around a bit more. Along the entire far side of the box was arrayed a row of vertebrae in perfect formation, from larger in the thoracic area to petite in the tail. I’d never seen shark vertebrae, and was in awe. They were small and white, delicate. This fierce predator had exquisite gems running the length of its backbone. And such artistry in each one! Cylindrical, about as long as my thumbnail, with small oval holes along one side.

Immediately I could see a necklace. I picked the vertebrae out of the hot pile, brought them home and let them completely dry on a plate in the sun. Days later, I drilled small holes in their centres and threaded a piece of leather thong through them, knotting it between each one. The finished piece was ancient, oceanic, and my artistic delight. I loved wearing it.

A few months later, as part of a conference on gardening in the tropics, a group of us visited a museum in the Dominican Republic. Under one of the glass cases of early man, I could hardly believe what my eyes were seeing. A necklace composed of shark vertebrae—from the 13th century! I felt an immediate kinship with the woman who imagined, designed and wore that necklace. In that startling moment, I met up with my original native self who wanted to adorn my body just as she did. I met a sister … who had lived, dreamed, died, and left beauty behind.

You never know where the transformational processes of a compost pile will take you. Just as the shark’s flesh provided nourishment for my body, and its vertebrae provided artistic wonderment for my soul, so too preserved personal stories can provide soul food for generations to come. Imagine a descendant a few hundred years from now saying, “… and to think she wrote this in the 21st century!”

← Remembrance in Memoir: What Does It Take?
Irish Lament →