The Gift of Memoir: Show Up, Open Up, Write
10 Comments

Posted by Diane Taylor on November 18, 2015 in memoir, memory, TheGift of Memoir, Uncategorized 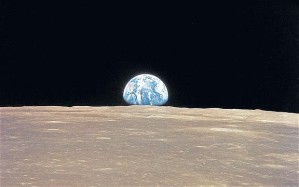 View of Earth during a moon walk

Empathy relies on a willingness to step into the shoes of another person and leave our own world behind. We do this when we read memoir. When we understand what moves another, we are taking a giant step towards felling barricades. Barricades of racism, poverty, mental illness, zenophobia and all the other phobias. Indeed, what a ‘giant step for mankind’, as Neil Armstrong said when he walked the moon, if we could all do this.

Read, read, read! If you want to write well, reading a lot is more important than writing a lot. In the bibliography of my book The Gift of Memoir I list sixty memoirs that I refer to in examples throughout the book. Most of these fifteen titles come from there, although a few I have read more recently, or decades ago. It was excruciating to select only fifteen.

Dare to be a moon walker! Read memoir, and enjoy the new view.

I Shall Not Hate: A Gaza Doctor’s Journey by Izzeldin Abuelaish

The Spark: A Mother’s Story of Nurturing, Genius, and Autism by Kristine Barnett

They Left Us Everything by Plum Johnson

In My Mother’s House by Kim Chernin

Learning to Die in Miami: Confessions of a Refugee Boy by Carlos Eire

One Native Life by Richard Wagamese

Walden or Life in the Woods by Henry David Thoreau

I Know Why the Caged Bird Sings by Maya Angelou

A Good Home by Cynthia Reyes

The Sound of a Wild Snail Eating: A True Story by Elizabeth Bailey

Time Was Soft There: A Paris Sojourn at Shakespeare & Co. by Jeremy Mercer

Wild: from Lost to Found on the Pacific Crest Trail by Cheryl Strayed

The White Masai by Corinne Hofmann

Little Princes: One Man’s Promise to Bring Home the Lost Children of Nepal

And I can’t resist adding one more, part memoir, part essay, part you tell me when

you read it. The Truth About Stories by Thomas King.

Memoirs bring light into the world.

What’s the best memoir you have read recently?

Written by Diane Taylor, author of The Gift of Memoir – a guide book for memoir writers.

← Death as a Doorway into Memoir
The Sixth Sense →