The Gift of Memoir: Show Up, Open Up, Write
18 Comments

Posted by Diane Taylor on December 2, 2015 in memoir, memory, TheGift of Memoir, Uncategorized

When I talk about the six senses in memoir writing, occasionally someone asks me, don’t you mean five? The Famous Five they mean are sight, sound, smell, taste and touch. A writer makes a story come alive when generous use of the Famous Five is splashed fragrantly onto an otherwise sense-less page. The reader is then transported to another world as warm arms of words reach out to embrace. The reader surrenders to literary rapture. 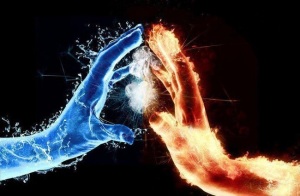 The sixth sense is just as important. Including experiences for which there is no rational explanation honours the inexplicable, the invisible, the spiritual. A woman in one of my classes told us about two men she was dating when she was young and couldn’t decide which one to marry. One day, she was walking beside one of them and when she went to hold his hand, an electric shock passed from his hand to hers and travelled the length of her whole arm. Sparks! She decided then and there he was the one. One of my friends had a mother who astral travelled, and communicated when ‘dead’. In the middle of the night, my mother-in-law—who was alone because her husband was on a painting trip up north—heard her husband calling “help”. She got up, drove the four hours north and found him on the floor unconscious. 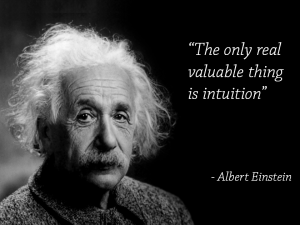 Hallucinator Dr. Oliver Sachs writes that hallucinations are normal. It was in a dream that Isaac Singer received the idea for the hole in the sharp end of needle that made the Singer sewing machine possible. Psychiatrist Diane Hennacy has found that autistic children demonstrate telepathy to a greater extent than others. She believes that accepting these phenomena as real can open the door to a more harmonious way of connecting with one another.

From my own life … I was living on a boat on Pier 4 at Dinner Key Marina in Miami, just barely making ends meet doing varnish work on boats. It had been six months since my life had fallen apart in the islands, and I desperately needed to go back and visit people and places. I calculated that I would need $500 to do this. I wrote it down, made a list of the expenditures. You could say that I made my need visible. The day after I wrote down this request, my thin and fit surfboarding friend George phoned. He was trying to sell his 28’ wooden boat —I’d done the smooth-as-a-baby’s-bum varnish work on it—on Pier 1 but wasn’t having any luck. If I brought someone to see his boat who wound up buying it, he would give me a commission of $500. What a coincidence. But what were the chances?

The very next day, when I was reading and sipping hot black tea in the cockpit, waves gently lapping against the hull, a big blond man clumped the long way down Pier 4 and asked me in a heavily accented voice if I knew of any boats for sale. Well, I said, you’ve asked the right person. I pointed the boat out to him, told him what I knew about it, which was quite a lot (I didn’t mention the stinky bilge), and that was that. He was too big a guy for a little 28-footer.

A few weeks later, George phoned to say Ivan had bought the boat and would I come to his office so he could give me a cheque for that magic $500. On the one hand I was amazed, and on the other, I felt it was absolutely right, that the stars were in proper alignment, that invisible forces were at work. At this most difficult time in my life, I felt enchanted. Loved, even, by invisible forces. I brought George a bouquet of yellow tulips, and booked a flight.

When you include all six senses in your memoir, we listen wide awake. Do you have a sixth sense experience to share here?

Written by Diane Taylor, author of the Gift of Memoir

18 comments on “The Sixth Sense”